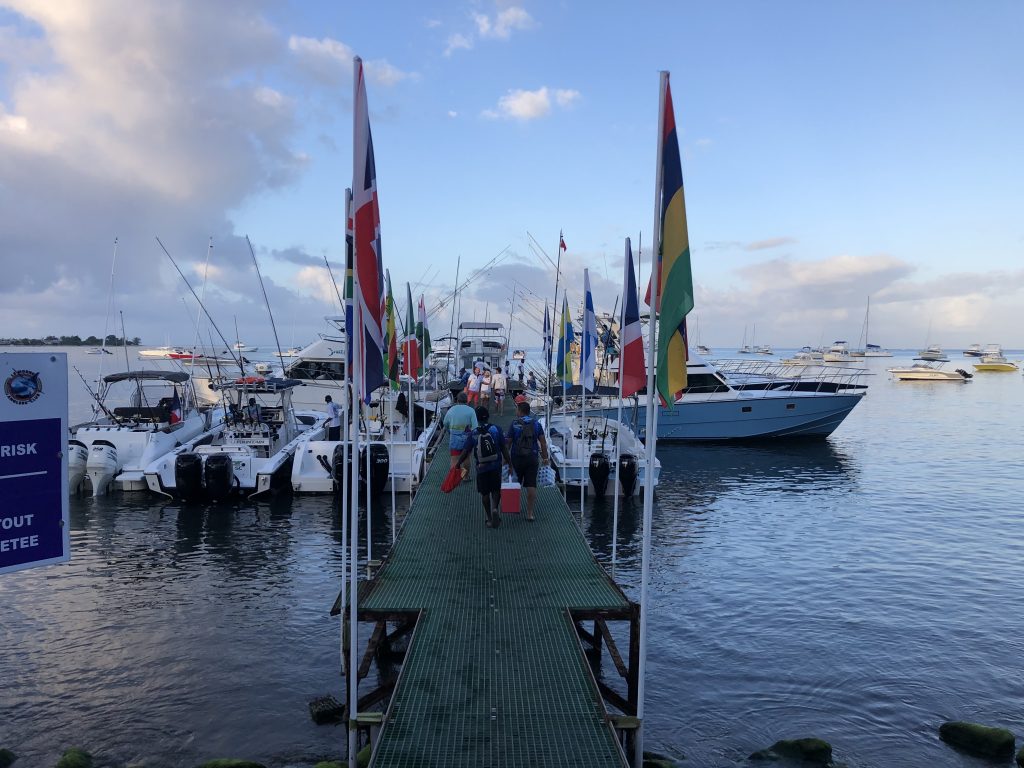 This year was the 20th anniversary of the SIOBC, 32 Teams from all over the world took part in this tournament. It is the biggest Billfish Tournaments in the south of the Equator.

Sportfisher had a total of 4 boats enrolled, 2 boats with teams from Russia and another boat with a Scottish team, with one team from Mauritius.

We also had another team from China unfortunately they were unable to attend due to the corona virus outbreak.

On the first day of the competition PEQ 3 caught and released a marlin, PEQ 1 Lost a Marlin, PEQ 5 also lost a marlin.

This year our teams were a bit unlucky as we lost quite a few strikes overall. We still enjoyed our time landing plenty of other fish such as dorado, and wahoo.

One of our Landed Marlins was 585 pounds but didn’t count as the fish died and we had to pull it up by hand.
According to IGFA rules the angler is not allowed to get any assistance from anyone until the leader is in the boat. Because the billfish had died it was almost impossible for the angler to reel it in alone. The crew needed to help by pulling it in by hand and holding the bill to pull it up disqualifying it from the competition and not counting towards the final points count.

The winning team this year for the SIOBC, they boated a marlin of 418 pounds and released 3 other marlin.

It was a bit disappointing for us as last year we had 3 boats ranked in the top 10. General rough sea conditions lead to a lot of lost strikes for all involved in the competition.

If you would like to take part in a big game fishing competition please get in touch well before the date as we are usually fully booked far in advance with repeat customers who come every year from across the world – looking for an opportunity to land the biggest billfish the Indian Ocean has to provide.

For those who cannot make the SIOBC during the month of February every year, there is also the Mauritius Billfish Release International Tournament which is a smaller big game fishing competition.